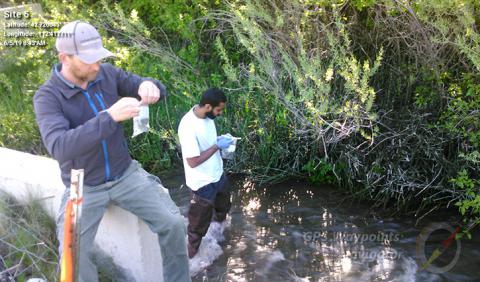 Microbial source tracking has gained accuracy in the last decade, and a multidisciplinary team at University of Idaho recently used MST methods to help US Forest Service managers identify causes of contamination of a stream listed by regulatory authorities for high bacteria. This is the first of a two-part episode with Eric Winford, Associate Director of the Idaho Rangelands Center; Dr. Jim Sprinkle, Univ. of Idaho Extension beef specialist at the Nancy Cummings Research & Extension Center; Dr. Jane Lucas, post-doc in Univ. of Idaho Dept. of Soil & Water Systems; and Alan Kolok, Director of the Idaho Water Resources Research Institute. Listen to learn about E.coli as an indicator species, methods to determine what animals are contributing e. coli to streams, potential targeted water quality improvement practices, and more.